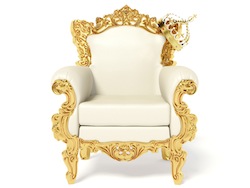 Symbian’s future is not too bright. The software licensing company, founded in 1998 by the leading mobile device manufacturers, to capitalise on the trend for smart devices, has had a very promising outlook. Not any more.

To start, Symbian has had the misfortune of being based on one the most complex business models that exist. By nature, Symbian exercises a platform strategy (similar to Microsoft and Palm), with its primary customers being manufacturers and software developers. Two elements have complicated the story though: Nokia’s co-opting strategy towards Symbian and the separation of the high-value software layers (UI, middleware and apps) from the core OS. Furthermore, Symbian has had little control over its customers, both the manufacturers and the software developers. Let me expand on each of these points.

Contrary to most open OS vendors, Symbian has had a consortium of manufacturers to deal with, each with their own agenda, with Nokia exercising most control on the board. Product development decisions have therefore been difficult to make, requiring agreement by a number of competing players, hence slow growth and compromises.

Nokia’s role towards Symbian is particularly controversial: Nokia has been the main backer of the software licensing company, responsible for the vast majority of Symbian-powered device sales (71% in 3Q04, according to Gartner) – that makes it a great ally. However, if you take a careful look at the software make-up of these Nokia devices you’ll notice that not just the UI(Series 60 or Series 80) comes from Nokia, but also many other critical middleware components, such as PIM applications and their engines, browser, messaging components, sync engines, Java VM, DRM engine, and more.

Nokia did not just choose to add middleware components because Symbian had none to offer – it did so because these components are critical to the platform story, i.e. they are the most important layers that anyone needs in order to make productivity, entertainment or many other kinds of applications. That puts control of the high-value layers of the device software in the hands of Nokia – in effect, it makes Nokia a competitor. Now let’s factor in the recent changes in the board structure. Nokia owns almost 50% of the company stock, and combined with Nokia’s majority share of Symbian-powered handsets, it means it can pretty much do what it likes with Symbian. Last, but not least, it is expanding its Series 60 platform to mass-market devices, which means control over Symbian’s roadmap is now vital for Nokia. In summary, having reduced Symbian’s role to one of low-value functionality and having strong influence over the company’s roadmap, Symbian has become Nokia’s software house.

For a platform strategy to be complete, the platform vendor has to able to exercise power over another important set of customers, the software developers. If you observe Microsoft’s attention to development tools, you’ll realise why this is the case. Symbian though, has little influence over the developer story. Why? Firstly, no Symbian dev kit is complete without a complimentary Series 60 or UIQ dev kit, resulting in tools fragmentation and developer confusion. Porting across different devices takes effort, even across devices with the same UI on (Nokia even had to issue an article on porting across Series 60!). Neither does Symbian control the dev tools. Metrowerks for one, was bought by Nokia recently (Metrowerks’ Codewarrior is a popular tool for Symbian OS C++ development) – ironically, Microsoft’s dev studio provides more functionality for Symbian C++ development (!). How about the language? Symbian has long insisted on C++, in practice a kind of proprietary version that uses quirky macros for memory allocation, string handling and exceptions, which makes up for a very slow learning curve for developers. In addition, the attempt to layer Java on top of C++ have not met with much success, exposing only roughly 10% of the OS capabilities, in effect crippling the power of Java apps on Symbian-powered devices.

Symbian also has secondary customers: operators and end-users. With operators, it has not traditionally made efforts to approach them, although this might have changed recently – the problem is that operators and manufacturers are not really best friends in this industry, and the latter have the say over Symbian’s product roadmap. Plus Symbian did not have the financial luxury to invest in such activities, as, say, Microsoft. As for end-users, Symbian has enjoyed virtually zero brand awareness (the exception being the early adopters or the techies of course). Fortunately, it recently produced a ‘Symbian OS Smartphones for Dummies’ booklet (distributed via Carphone Warehouse in the UK), which has been an instant success with the public. However brand building takes financial muscle and time (Sun got the message and has been touting Java as a consumer brand much more strongly since JavaOne 2003). What’s the message? Those users are unlikely to consider Symbian OS as a reason for buying a particular mobile device.

On a positive note, DoCoMo announced at the back end of 2004 that it has created a software platform (read UI & middleware) that will run on top of Symbian OS and Linux. This is a boost for Symbian, since DoCoMo has a high degree of influence over manufacturers (and Fujitsu is the third largest licensee in terms of shipments). At the same time though, DoCoMo is placing Symbian in competition with Linux, while Japanese manufacturers have relatively low percentage of device sales outside Japan.

Only one way to go

So where does this leave Symbian? It has recently sold a large chunk of shares, which means it can invest longer-term and recruit talent. The control over its platform strategy rests mostly in the hands of Nokia, who is happy to see Symbian’s role as low-value software goods vendor perpetuate. How can it stop being a software cow for the manufacturers though? It needs to turn to operators, its greatest ally.

Let me explain. Operators have (since the launch of Vodafone Live!) taken a significant chunk out of the political-power pie within the mobile industry. Operators have been increasingly able to state requirements to manufacturers in terms of a number of device software elements, such as the home screen, multimedia codecs and browsers. As the addressable device market for open OSes expands due to reducing BOM (Bill Of Materials), and the software composition of a device becomes critical for the operator services that it supports, so are operators seeking tighter control of the software make-up of the devices they range. What does this mean for Symbian? It can position itself as a player with the necessary assets to function as a vehicle that will help realise operators’ ambitions for a mass-market customised device.

Trouble is that the leading operators are looking at different places for their software needs. Vodafone and Orange have invested in SavaJe, the Java-OSque company. But SavaJe will never achieve the manufacturer acceptance that it needs to go mass market. BOM may be reducing globally, but lead times for integration of a new OS are high and SavaJe is not really mature (it hasn’t even launched in a device yet). A second challenge for Symbian is that operators are worried about Nokia’s influence over the OS roadmap, and quite rightly so.

So what’s the way forward? My thesis is that Symbian needs to strike an operator-group strategic alliance for developing a mass-market device software stack (including UI). Symbian does have the capability to produce world-class software (including UI and middleware), but it needs industry backing and political muscle to do so. The right time is now, that the operators have increased buying power over manufacturers. Of course, it’s easier said than done. Operators have not really been able to get together and agree collaboration at a strategic level, apart from areas like cross-operator roaming, which really only meets short-term marketing targets. In addition, operators in Europe do not understand software (the only one who gets it is DoCoMo), so agreeing a strategic alliance with Symbian will take a lot of leadership and vision.

Fortunately, in June 2004, 8 major operators (including DoCoMo, Vodafone, T-Mobile and Orange) formed an alliance called Open Mobile Terminal Platform (OMTP) aiming ‘for each Mobile Operator to offer its unique user experiences in a consistent manner across different advanced devices’ – reading between the lines, this is similar to what DoCoMo has already done in Japan, i.e. lay a software framework for device customisation including UI (but probably also extending to middleware), across a wide range of devices (and talking about volume, this means most likely mid-range devices and high end devices are pretty customisable these days anyway). Of all the operator alliances (see 3GSM and Freemove), this stands a better chance of addressing some long-term strategic software issues, as software is the key enabler for delivering customised user experience across handsets. OMTP alone has the opportunity to deliver this ‘experience layer’ over Symbian – naturally operators cannot put all their eggs in one basket (Linux may have to play a role here, too), but Symbian does have the maturity, manufacturer support, and operator-friendly attitude, to make the joint-operator vision happen. Ideally, operators should have also taken a chunk of Symbian’s stock, while the dice was rolling; Nokia’s dominant position in stock ownership makes such a proposition not well-timed.

In conclusion, I can see no other strategy for Symbian to follow. It can either put its resources behind an operator-led full device software initiative, or remain a software cow for Nokia. How long till Nokia switches to Linux for its core OS needs?

[update]
But wait .. as I was writing these lines I read that Symbian just joined OMTP, along with Qualcomm, TI, SonyEriccson, Siemens, and Ericsson Mobile Platforms (and joining existing members palmOne, Samsung, Sony, Kyocera and Symbol Technologies)… I ‘m worried that the OMTP effort might just collapse under its own weight and actually achieve little. BTW, there is a non-surprise here: Microsoft is not on the guest list.