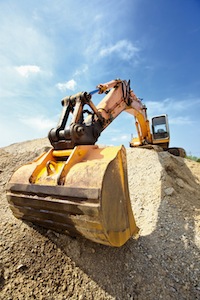 The Open Mobile Terminal Platform (OMTP) is an operator-led forum that aims to define a set of functional requirements for mid-end, mass-market handsets, which can be tailored to operator requirements. The forum, which was formed in June 2004, has broad support from European operators and currently comprises of more than 50 members (although non-European operators are not well represented). In reality, OMTP’s target is to define firstly an application environment and, secondly, a device customization environment.

[tweet_this]The forum’s governance structure (roles and responsibilities) was agreed in February 2005, and its first terminal requirements are due this month. However, the forum has been rightly criticized for being too slow and ineffective so far. At the Mobile Applications and OS conference in March, Gartner’s Ben Wood noted after the presentation from the OMTP that their slides had not changed since last summer. Another attendee commented that the OMTP will be an academic exercise unless it achieves handset manufacturer commitment. It is true that, nine months following the launch of OMTP, their presentation slides had nothing but project plans and governance diagrams.[/tweet_this]

It is worth asking when was the last time that mobile operators agreed on a single thing? Yes, there are alliances like Freemove, aimed to facilitate service roaming agreements between operators, but surely that is not too difficult to accomplish (plus it’s a win-win situation).

The problem with the OMTP is that mobile operators have always had their own self-centred agendas, and quite a lot of ego. Since Vodafone Live! in 2002, operators have been used to getting their way with handset manufacturers. Nokia used to dictate what devices operators would be distributing in the next six months, but this is no longer the case.

There’s another problem. OMTP aims to be technology-agnostic. Before OMTP was formed in the first half of 2004, when Vodafone, Orange and SavaJe were in discussions on an operator-defined Java platform, the initiative had a much greater chance of success. A year later, European operators are now unlikely to agree on a single set of requirements for a software platform, that is implemented consistently and in an interoperable fashion across all mass-market handsets. It is even doubtful whether operators will manage to converge their 5,000 lines of requirement specifications each (which they deliver to handset vendors) into a lowest-common-denominator set of requirements. Operators already have trouble managing a common set of consolidated requirements across all their various country operations. With such a mass of requirements, it is often the case that requirements from different product managers inside the organisation are overlapping or conflicting. It’s no easy task trying to manage everyone’s agendas within a single organisation, let alone across ten different operators.

A safe prediction is that OMTP will achieve a broad set of guidelines that will be implemented inconsistently by manufacturers. Even assuming that operators manage to agree on defining a framework for UI customisation, then how are they going to test manufacturer compliance? Don’t forget that operator organisations don’t have that many device engineers, and have even fewer software engineers.

A safer bet is on the competition. Shortly after the OMTP was launched, Vodafone and Nokia announced their Mobile Service Architecture (MSA). As an initiative within the JCP, MSA aims to define a Java-based framework for software management on mass-market devices. In practice, the goals of OMTP and MSA are very similar. It’s about defining the specification of the graphical UI and middleware that goes on mobile devices.

Let’s look at the MSA. Firstly, it is backed both by operators and manufacturers. Secondly, it is trying to achieve device conformance to its specifications, through the JCP (JSRs 248, 249 and 232, to be exact). This is a route that has been tried and tested with most success in the last five years. Plus, Nokia counts for a third of device shipments, a very respectable base.

Vodafone backing two very different initiatives suggests that it’s not very serious about the one of them. And Vodafone understands device software – the first two iterations of Vodafone Live! handsets had customised Java APIs (VSCL).

As for Korea, the WIPI forum has already accomplished what OMTP could only dream of. It is a specification for an operator-customisable application platform. The secret of success there was government intervention.

WIPI is already being exported to US, with the Earthlink MVNO handsets featuring the WIPI-specified software stack, according to LG’s Jinsung Choi, SVP of Technology Labs. Plus, LG and Samsung, the Korean manufacturers are topping US CDMA device sales, second only to the incumbent Motorola. How long till we see WIPI expanding within the US?