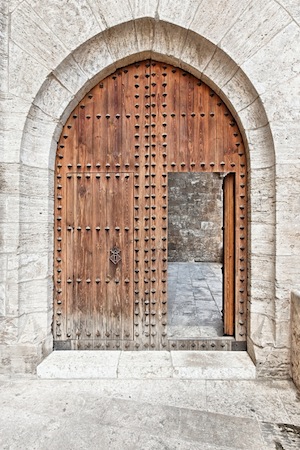 How far can the WAP technology heritage go in surpassing its criticisms, i.e. the click-n-wait performance, the long click-distance and sub-par graphics ? The next step beyond WAP is already here. Over 20 vendors have launched On-Device Portal products, using device software to deliver content to the device with reduced latency, immediate content discoverability and the wow-factor user experience. On-Device Portals (ODPs) deliver functionality such as offline portals for no-wait access to content, store-fronts with ringtones and home-screen replacement for no-fuss service promotion.

Already a number of ODP operator deployments are happening worldwide: Orange Downloads, Vodafone Live Cast, DoCoMo i-Channel, Sprint Nextel On-Demand and O2’s planned deployment of Qualcomm uiOne, are just some examples. The future is just starting, too. ARCchart, the London-based analyst and consulting firm which coined the ODP term forecasts that the ODP market will reach a value of $1.4 billion by 2009. ARCchart’s exhaustive report, titled ‘On-Device Portals: Beyond WAP’ includes in-depth reviews of 25 vendors, operator case studies, and the top-10 market trends that will influence the ODP market [disclosure: Andreas Constantinou, Director at VisionMobile is the lead author of this report].

3G Profits: What Profits ?
Operators have spent billions of dollars on 3G networks and on sourcing content from media brands, but data profits have failed to materialised. Of great concern is the fact that messaging (predominantly SMS) accounts for the vast majority of data revenue: for a successful operator like Vodafone UK, the increase in pure data (non-messaging) revenue generated between 2004 and 2005 is estimated at just $88 million, based on Vodafone UK’s own data revenue breakdown. Clearly, a zero added to the end of this figure would be nice.

One can conclude that the answer is not in bigger pipes or more content – content may be King, but the user experience is Queen. While operators have made substantial investments in their content strategies, the user experience has been neglected, leading to the ‘abandoned shopping cart’ syndrome that was prevalent in the early days of the web.

On-Device Portals deliver where WAP failed: in driving data ARPU by delivering content to the device in an easily discoverable, instantly accessible manner and through a ‘wow’ graphics experience. For example, figures released from O2 clearly indicate considerable data usage increase through the use of its O2 Active ODP deployment.

ARCchart estimates that the on-device portal market in 2005 stood at $30 million, but will grow aggressively over time to reach $1.4 billion by 2009, corresponding to 1.1 billion ODP licenses sold for that period. While Tier-1 and Tier-2 mobile operators will initially lead the way in ODP client deployments, by 2009, media companies will be responsible for the lion’s share of client deployments.

A promising but maturing market
However, operators acknowledge that the market is still immature. There are several reasons for this. Firstly, deployment of the client-side software and device penetration are key obstacles. Whereas all ODP vendors have Symbian OS and Windows Mobile versions of their product, only recently have some taken the plunge to mass-market handsets via Java or native code development.

Secondly, the need for a server-side component to augment the handset client functionality is becoming apparent. For an on-device portal to prove a success with tier-1 operators, it has to integrate with the operator’s billing, messaging, content management and CRM infrastructure, plus it has to scale across millions of users. Few companies have the local operator relationships, the network integration know-how and the scale to deliver this. Content refresh and personalisation is another underestimated factor. It is easy to launch a visually polished on-device portal product, only to see usage die off due to lack of interesting, relevant, visible and frequently renewed content.

Moving fast
Regardless, the ODP market is now well past the hype period. To date, there has been more than 20 operator and 20 content provider deployments of on-device portals, across the US, Europe and APAC.

There are now more than one RFP for ODP products being announced each month globally and there are efforts by device manufacturers to incorporate ODP features into their handsets, such as Motorola’s Screen3 and Nokia’s Active Idle and Preminet client. In 2006, a second wave of heavyweight vendors are expected to enter the market, while in 2007, there is likely to be wide acceptance of On-Device Services by the key industry players.

Ultimately, however, the core technology of current ODP solutions will commoditise and ODP producers will have to innovate their way into new technology areas in order to continue delivering value.

Clearly a space to watch.