Welcome to the 75th Carnival of the Mobilists !

This week’s edition is brought to you by Hampus Jakobsson and Andreas Constantinou at the VisionMobile Forum. Lots of good reading this week and some tough choices: as hosts, we ‘ve tried to raise the bar and limit the ‘best of mobile blogging on the web’ to just 10 entries. We shortlisted our favourite posts based on originality of thought and depth of content.

Ready to jump on the carrousel of mobile blogging? Here we go!

Our secondrunner is David Beers at Software Everywhere who talks about OSGi and the real Mobile 2.0. David argues that developers shouldn’t have to wait for the Java Community Process, the device makers, and the carriers to get powerful new APIs onto handsets. Instead they should be able to use a component technology like OSGi that allows them to deploy new Java APIs to the handsets themselves and to write applications that discover and use these components immediately. This reminds us of component-based frameworks such as BREW extensions, Open-Plug’s proposed FlexibleWare component framework, and the emerging OMA SCoMo framework. And he is right that OSGi needs a cooler name. David’s post links also to several very good thought pieces on the future of OSGi and Java.

The rest of our top-10 picks in no particular order:

C. Enrique Ortiz in his article Standardizing location-based services (LBS) has a detailed list of specifications which aim to standardise Geographic information or Geomatics. CEO’s article includes a long list of spatial data infrastructure standards published by the ISO organisation. Looks like a must-read for companies active in mobile LBS services.

Ricky Cadden of Symbian Guru asks Why Are Fakes Always Better ? Why can the Noklas and Nokirs crunch out higher-spec’ed phones than Nokia? How can the Meizu MiniOne be so similar yet higher-spec’ed and cheaper than the iPhone ? Perhaps the knock-offs don’t include localisation, distribution, warranty and support as the famed originals ? Or can the Nokias and iPhones command high margins do to their brand?

Mobile diva Darla Mack, asks Has Gizmo Project Become The New Skype for S60 Devices? As Darla says, we ‘ve been waiting for the Symbian version of Skype for over a year, while the Gizmo project is already available on the N800, N95, N80ie and E61i. Is Skype on mobile losing out to Gizmo and Fring ?

Jason Devitt at SkyDeck talks about the xPhone concept, the dream of being able to roam across the 90+ US operators and the alphabet soup of network technologies. Jason exposes the locked-down world of US operators Sprint and Verizon. He further argues that the wireless industry should adopt Carterfone rules, the series of decisions by the FCC and the courts that allows anyone to launch a landline phone. Let the market be free !

Malcolm Lithgow of Smart Dreaming posts the beginning of his Smart Phone or Mobile Browser thesis, talking about whether smart phones will actually become thin browsers. Malcolm traces the early web history and analyses the bubble of the network computer concept and why it failed. He also looks at the success of the advanced Japan market and its geographical character to explain why it is a singularity to the rest of the mobile world.

Ajit Jaokar of Open Gardens fame, presents a conceptual diagram for Mobile 2.0. Ajit introduces some clarity and distinguishes Mobile 2.0 (the evolution of mobile networks where services are network-independent) from Mobile Web 2.0 (which brings Web 2.0 to Mobile devices). A good frame of reference for discussing and building on these previously overused terms.

Judy Breck writing at iCommons talks about the future of learning. Judy looks at how quickly young kids learn and rightly argues that in the future learning must use the Internet and mobile connectivity as a platform. Hopefully an area where we ‘ll see lots of innovation coming in.

Finally, Ted Wugofski of OJO Mobile asks whether On-Device Portals are about Demand Creation or Demand Drive. Ted argues that ODPs today are about demand creation (consumer’s don’t know ODPs even exist!), whereas in the the next 18 months ODPs will be about demand drive; services like Sprint s On Demand, Handmark s Pocket Express, and Alltel s Celltop will build awareness among users. ODPs are a subject close to heart and we would agree with Ted, provided someone in the industry is brave enough to market ODPs as aggressively as 3G and MMS were marketed.

This concludes our roundup of top-10 blog posts at the Carnival of the Mobilists 75. Sorry for those that were missed out, but we tried our best to be fair and objective in our top-10.

Judy Breck and Russell Buckley of the Carnival are bringing forward a fab idea: Mobilist T-Shirts! Judy and Russell are looking for a volunteer to make the project happen, a good cause and not too onerous a task. So if you enjoy the Carnival, as either a contributor or as a reader, it’s a nice way that you could give something back to the movement. Contact Russell at MobHappy.com if interested.

Last but not least, Troy Norcross has set up a simplified submission mechanism for Carnival entries. Use this link when submitting an entry and the article will go directly to the Carnival host of each week, making it easy to both post and review Mobilist entries.

Next week, tune in to Greg Clayman at Twofones for the next edition of the Carnival of the Mobilists.

Until then, keep blogging and enjoy the ride ! 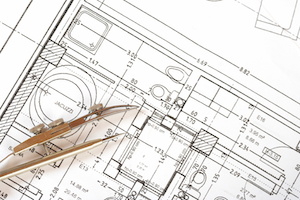 Adobe s Flash Lite is widely recognized as one of the most pervasive software platforms in the mobile market. It s fast penetrating the market of high-end phones and moving into mass-market phones in 2007 thanks to the Actimagine acquisition. Adobe is also expanding the mobile product line with Flash Home and winning important contracts with 3 Flash Cast operator deployments which were announced in 2007. Here are the facts and figures that provide more detailed peek into the Flash Lite phenomenon. These have been pulled together from Adobe s financial analyst meeting, several briefings with Adobe and other public sources.

[updates]
Nokia recently announced that its Series 40 5th edition platform will ‘support’ Flash Lite 2.1. Although ‘support’ doesn’t mean ’embed’, Nokia’s announcement marks a transition from embedding Flash Lite on select Series 40 handsets only to platform-wide technology integration across Series 40. It also implies that Adobe trusts that Flash Lite can scale down to mass-market Series 40 handsets, probably thanks to Actimagine’s IP. It will be interesting to observe how Adobe’s per-unit revenues fare over the next year.

Comments/suggestions/improvements ? Let me know and I ‘ll add them in.