Big news in our world! Check the press release.

Price (the offer values the company to 100 Millions Euros) is not so high compared to Trolltech technical and community assets (but high …looking at the actual company revenues of 22 Millions Euros). This is not a dot com acquisition. Period.

The next game would be to understand why.

Trolltech is providing a native development environment called Qt, which is a set of “OS services” (memory management, Thread, etc…) and is famous widget library. This environment has been ported on Desktop Linux, Windows, MacOS and embedded Linux: “Qt/embedded”, now called Qtopia Core , on top of which a nearly complete phone application stack has been built, Qtopia.

Trolltech provides also (and sell) some development tools: a RAD, QtDesigner, qMake a command line tool chain, a plugin for Visual Studio and some internationalization utilities.

While huge adoption in the mobile phone market remains to be seen, Qt is at the earth of one of the biggest OpenSource piece of sotfware: the KDE Linux Desktop (…father project of the now famous webkit browser engine).

So crossing with Nokia current strategy and ths interesting quote from the Nokia PR:

“Trolltech’s deep understanding of open source software and its strong technology assets will enable both Nokia and others to innovate on our device platforms while reducing time-to-market. This acquisition will also further increase the competitiveness of S60 and Series 40.”

Here are the different bets:

Be prepared for a S40, a S60 Qt port …. and perhaps an opening of the S40 platform, at least for selected third parties.

Anyway I quite don’t get this …

What do you think Nokia has in mind? 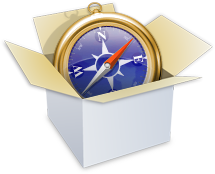 [guest blogger Thomas Menguy praises the virtues of web applications on the iPhone.. and realises how the mobile internet has already taken off]

Ok I admit, I have an iPhone. I love it, blablabla you know the story already. It has its flaws, but as an old time mobile software engineer I’m really stroked by one BIG fact: The applications I use the most on it are fully web based!: My IM messenger (JiveTalk), my english/french dictionary (Ultralingua), my mail and rss reader (special version of gmail and google reader) … even my all time favorite mobile game Bejeweled is web based!

What a shock.. I wasn’t prepared for that: when Steve Jobs told us that the only way to add application will be (at first) through the web browser I was the first to laugh, only raw C++ is meaningful for applications, a web browser is a mere toy compared to a real application framework.

How wrong I was. And here is why. (and no it won’t be only about the iPhone)

Those approaches have something in common

Everything seems to be in place, and from what we saw above a good web service client platform would have to:

For me the first two doesn’t have to be understated (just try a WinMobile phone for a few months to understand what I mean 🙂 ), as the device remains a phone, a communication machine and voice is still the undefeated champion for communication. This is where the iPhone is groundbreaking at a first sight…and also where I’m not sure of what Google Android will deliver (call me skeptical if you want…).

The third point may bring a lot of optimism … as it implies that we don’t need a single platform anymore, but a bunch of deployment possibilities, tailored for each device/client or even each service. Android and the iPhone may be seen as such a platform with at least two of those deployment possibilities: the browser and application native development, here Android is much more friendly to Java/Web programmer that the iPhone. But we could perfectly imagine devices with more deployment options or other completely different but close enough to web development standards to allow fast adaptation of web backends….why not an iPhone with an Android sandbox?

At the end the famous “cloud” (the network) is really shaping the “on device” clients, allowing more and more diversity and at there won’t be a “one fit all” solution…

Thanks Steve Jobs for being the first to have put in place all the elements of the chain, dealing with carriers, content provider, services providers…and coming with a great consumer electronic design.

Google wants to go further? not sure for now, but the US 700 MHz auction have to be followed very carefully cause if this spectrum becomes “free” of the carriers, we don’t know how fast it could go! 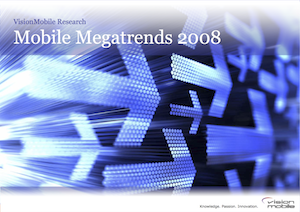 Data and voice ARPU have always dominated discussions about network operator performance. As ARPU is declining in both mature and global markets, data ARPU is seen as the main revenue source for network operators. Indicatively, data revenues contributed to almost 18% of total wireless revenues in the US in 3Q07 and to 21% of total revenues in Western Europe for 2007, according to Chetan Sharma and Informa, respectively.

Yet it seems that the focus in data ARPU may be overrated for two reasons; firstly, because the data ARPU mentality puts the emphasis on technology (e.g. advanced messaging, mobile TV and faster pipes), but not use cases (e.g. communicating to your closest friends, or living the brand experience of your favourite pop star on your phone). Secondly, because a new source of revenue is emerging that may eventually overshadow data ARPU in terms of industry focus.

Introducing Channel ARPU
Both voice and data revenues are being mostly derived by billing the end user for anything from calls and texts to ringtone downloads and mobile TV. Increasingly however, revenues may be derived from third parties as a fee towards the party facilitating the delivery of mobile services through the last mile to the end user.

Channel revenues are not a new concept; Rental, revenue share or other fees for channeling services, products and promotions to the end user are commonplace in fast-moving consumer goods (FMCG) are well as mainstream media industries. And mobile services can be increasingly modelled after the business models prevalent in the FMCG industries, as the margins in manufacturing decrease and the value shifts in defining the customer proposition and controlling the delivery of services through the last mile to the end user.

We ‘ve coined the term Channel ARPU to refer to this new source of revenue. This is for a number of reasons; firstly, channel ARPU is derived from a new part of the pie, i.e. service providers wanting to tap into the wallet share of the consumer – and as such it’s important to distinguish this new source of revenue. Secondly because channel revenues are derived from attracting consumer eyeballs, selling to consumers and understanding consumer behaviour, activities which all take place in the last mile to the consumer (or last few inches if you consider the phone screen). Thirdly, because these revenues are most interesting if seen in a per-user context.

The many forms of channel ARPU
Channel ARPU comes from a number of sources, most of which should be familiar to industry pundits:

– UI inventory leasing: commonly referred to as mobile advertising, UI inventory leasing refers to the ability to channel promotions and services throughout the handset real-estate, across the user journey. This is about advertising not only in-SMS, in-video, in-game and on-idle-screen, but about channeling content through every application on the handset, from the start-up screen through to dialer, inbox and main menu. In this case Channel ARPU is the ARPU derived by auctioning handset UI inventory to advertisers and promoters in the form of bunding with the handset or time-based leasing. For example, Android is means for Google to massively increase its ad inventory and derive Channel ARPU using mobile networks as a simple transport medium. (see previous article on the significance of Google’s Android for more details). The Blyk MVNO is another category leader here, where Channel ARPU is used to offset customer (and handset) acquisition costs.

– Retail sub leasing: leasing of shelf space to OEMs and service providers through the operator’s physical retail shelf space. Apart from special handset promotions this model hasn’t really been ‘productised’. However, the potential of selling services visually through the retail space is huge and hasn’t really been exploited (see earlier article on how to exploit the retail space as a point for visual service discovery).

– Service delivery leasing. Operators may make a revenue cut from handset OEMs by allowing OEMs to deliver services to the end-user. The example here is the revenue share deals that Vodafone, TIM and Telefonica have established with Nokia’s Ovi. Although officially unconfirmed, operator deals with Ovi involve bundling of Nokia Ovi services on a Nokia handset in return for a revenue share of Ovi revenues with the operator in the case of Vodafone this is music services only. Channel ARPU here is the revenues operators derive from Ovi.

– User analytics leasing. Increasingly, efforts like Nokia’s 360 and CarrierIQ use a handset agent to derive a diverse range of information on device usage, service usage, user profile, network usage, user social graph, etc. This is an underhyped area of mobile solutions which deliver unprecedented insight into mobile consumer behaviour; an opportunity which may ultimately result in creating a metrics aggregator that is to the mobile industry what Nielsen is to TV (and an area of interest here at VisionMobile, as we authoring a research report on this very topic). As in every industry, metrics on sales, performance and analytics on consumer behaviour can be a very lucrative business indeed. Channel ARPU therefore includes revenues which operators can source by leasing metrics and analytics to third parties (a direction where Verizon appears to be heading).

Last but not least, Apple’s iPhone can command a revenue share for providing network operators with access to high-spending customers. I have not classed this as Channel ARPU here as this revenue goes to the OEM, not the operator. Technically though, this may be called recurring subscribing acquisition costs (SACs) or a negative Channel ARPU as it flows out from the operator. As an indication of numbers involved here, Piper Jaffray calculated that AT&T pays Apple $18 per iPhone user per month. In a sense, this is a similar business model to the revenue sharing agreements that retailers practice with mobile operators, when a retailer signs up a new subscriber (I have heard of figures in the order of 15% of ARPU going to the retailer, which is modest compared to the iPhone revenue share estimates).

Adopting the Channel ARPU mentality
It is also important to note that the Channel ARPU mentality is about growing wallet share based on collaboration with third parties. This is contrary to the traditional view of voice and data ARPU which is about growing wallet size based on customer ownership and exclusive provision of services to the customer in the all-too-famous one-stop-shop model.

In conclusion, Channel ARPU is a refreshing and meaningful approach to viewing per-user revenues derived by leasing access to the consumer through that last mile. However, much like data ARPU, network operators have to formalise and standardise the metrics by which Channel ARPU is calculated, if this new form of measuring ARPU is to be adopted.

Perhaps a task for the GSMA or the OMTP ?

[updated: mega-blogger and friend Ajit Jaokar argues that ARPU may be outdated providing some strategic arguments; ARPU does not translate to the web; or to multiple SIM ownership; advertising models relate to a service, not a user; the global web supercedes local operator strategies; and that customers have relationships with multiple service brands]

(Channel ARPU is trend 15 in our Mobile Megatrends 2008 series. Full presentation below.)