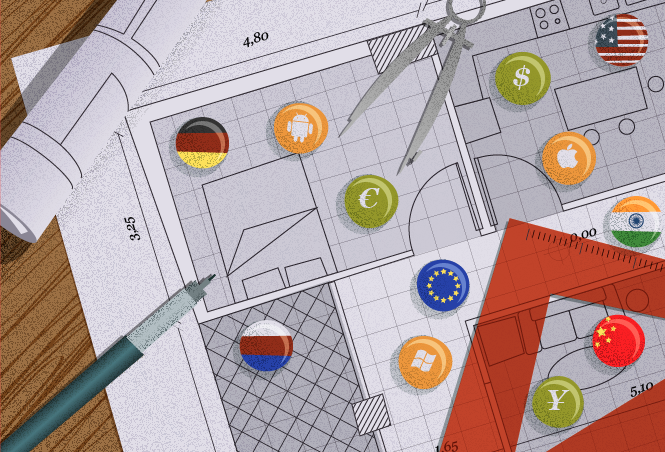 In our latest report, App Economy Forecasts 2015 – 2017, we estimate the number of mobile developers in 2014 at 5.5 million. Demand for mobile development skills has never been higher and yet revenue from app store sales cannot possibly pay their salaries. Luckily they don’t have to as developers aren’t all building apps full time and there are several other revenue sources in the app economy, some of them comparable with or even significantly larger than the app stores.

Counting mobile developers is hard. A lot of software developers look into mobile platforms and a lot of people are curious enough about how they’d make an app for their phones that they’ll try to find out. We can’t meaningfully count all of these as mobile developers. However, we also know from our Developer Economics surveys that a huge percentage of developers creating the apps that fill the app stores are not full-time professionals. Popular programming Q&A site StackOverflow has around 35 million unique visitors and it is only an English speaking community. That probably includes a lot of students trying to get help with their coursework. Meanwhile bottom up estimates for the global professional developer population based on job classification data from multiple sources are just under 20 million. This is highly error-prone due to the way developers are classified along with other IT professionals in many places around the world. How many of those are really building mobile apps anyway? Apple has over 9 million developers registered on their developer portal. Some of those are for Mac and Safari but the majority are iOS developers. Then again, the number of developer accounts with any apps published on the App Store for iOS is only around 350,000. Google Play has fewer active publishers than iOS. The truth must lie somewhere between these extremes.

For the purposes of our estimate we decided to count developers who are actively building, or planning to build in the very near future, publishable apps for a mobile platform. Students building toy apps to learn and hobbyists who only build things for themselves aren’t taken into account. Those people could join the ranks of mobile developers in the near future but they aren’t doing anything to satisfy mobile app demand yet. 5.5 million is the number of developers required to maintain all of the published apps that have been updated in the last 12 months, plus build all of the new ones released in the same period. In our report we also forecast the number of new and updated apps going forward and the number of developers required to sustain that app growth through 2017.

Keeping the pizza and coffee flowing

Developers are in high demand and as employees in the US they will typically earn upwards of $100k per year with relatively little experience. Proven talent in Silicon Valley can easily earn 50-100% more. Salaries in Western Europe are not quite as eye-catching but not that far behind either. In countries where the cost of living is much lower, developer salaries are obviously more modest but actually often a greater multiple of the national average wage.

Why would anyone with such earning potential build and sell apps that are likely to produce a poor return on their time. There are several answers:

Note that only the first two of these are depending on the apps for income. Of course not all developers are trying to make a return from apps via paid downloads or in-app purchases. Advertising is also a big source of revenue in the app economy, although most of it goes to a few giant corporations. The typical developer monetising through ads does much worse than those using in-app purchases, so that’s not the answer. However, there are other models where developers have better odds of making money. Subscriptions are the fastest growing revenue opportunity according to our forecasts, although for pure Software as a Service rather than content subscriptions that will mostly be selling to enterprises. The biggest revenue opportunity of all in app economy over the next few years is definitely not in pure software businesses. Indeed, it’s the rather old-fashioned business of selling real physical things! Find out just how big it is by purchasing our latest report.

We’ve just finished the draw of prize winners from our latest Developer Economics survey (October/November 2014). The free report with key findings from the survey will be published in Feb 2015 – so stay tuned!

Also – check out a nice project conducted by Stratos Botsaris on the Raspberry Pi he won in one of our previous surveys!