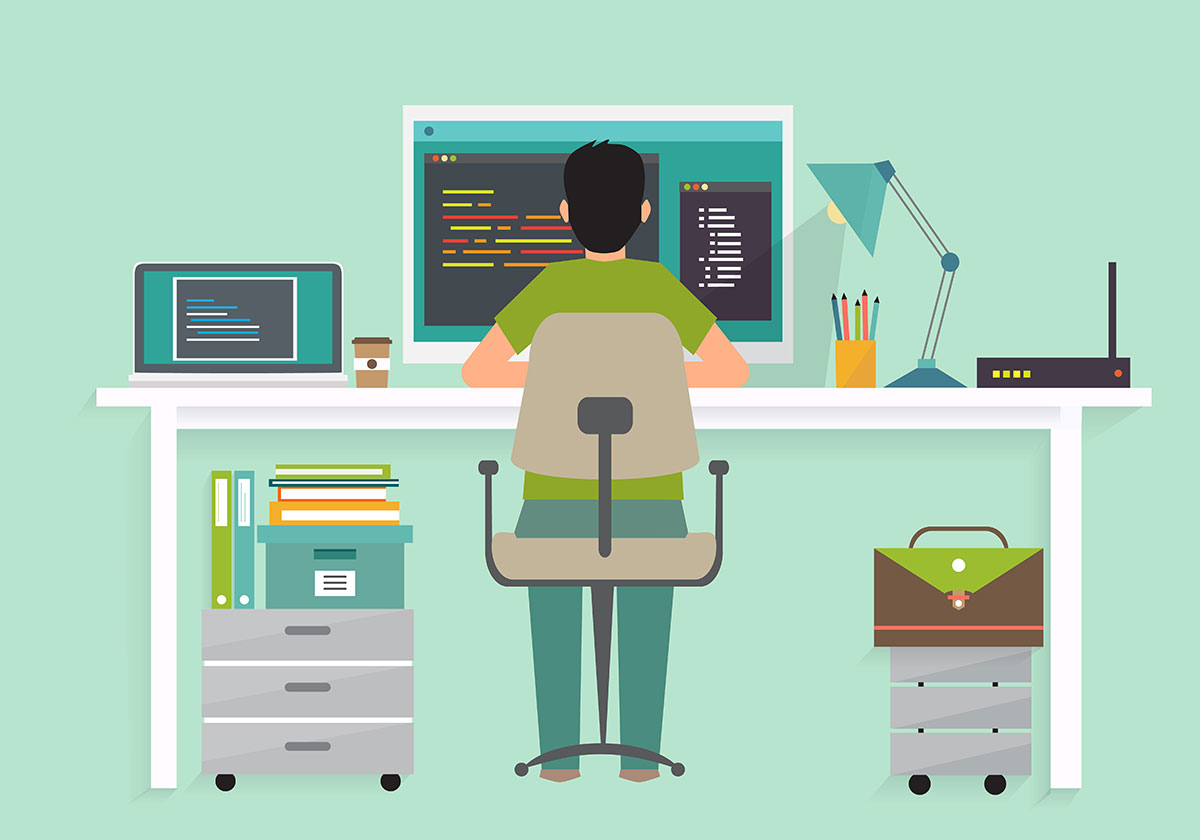 Despite all the hype around the death of the PC and the enormous amount of media attention focused on mobile, cloud and IoT, the humble desktop is still the biggest part of the developer economy. There are more professional developers working on desktop applications than any other sector. There’s also more revenue in desktop development. It’s understandable that the media focuses on the exciting growth areas and no-one is arguing that the desktop is likely to make a major comeback. However, while there are still significant quantities of both users and revenue on the desktop there will be developers creating new software for it. While those developers are still adding enough value for the users, the users will stick around. Will those developers still building for the desktop stay loyal to their platforms, or be tempted away into exciting new growth areas? The answer will depend on individual developers’ goals and motivations.

There being enough money to pay developer salaries, in any area, is obviously a very important factor. Even in gaming, where mobile revenue has grown at an astonishing rate in recent years, the desktop still accounts for more than a quarter of revenues. In the enterprise software market, which dwarfs gaming at well over $300 billion annually, desktops still account for the majority of the revenue, with cloud-based software and services gaining fast. Then we have e-Commerce, which in total is likely to approach $2 trillion this year. Mobile devices are rapidly eating into and expanding this market but they’re still only just over 30% of transactions and closer to 20% of revenue. However, although this looks healthy for the desktop currently, the growth trajectories will encourage a lot of developers to move towards mobile or cloud services development in medium term. Even so, our research says that money is not the most important thing for desktop developers. 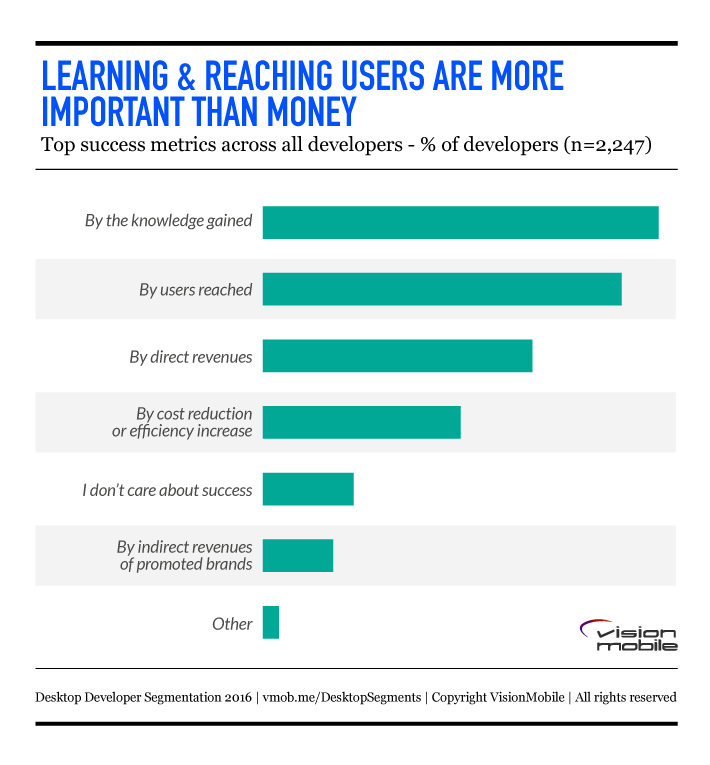 Individual developer goals, motivations, and success metrics vary significantly and some do put revenues first. Many more developers measure their success by the knowledge gained, or users reached, ahead of revenue or cost savings. Opportunities to learn and reach users should remain plentiful on the desktop for some time. Steve Jobs made a great analogy as he predicted the beginning of the post-PC era:

“I’m trying to think of a good analogy. When we were an agrarian nation, all cars were trucks. But as people moved more towards urban centers, people started to get into cars. I think PCs are going to be like trucks. Less people will need them.”

The desktop PC isn’t going away any time soon and the enormous developer economy based around it isn’t either. Although there are far more cars than trucks today, the trucking industry is still worth hundreds of billions of dollars. Also, new technologies may reach serious commercial scale on trucks before cars. Autonomous trucks platooning are likely to be widely deployed long before consumer transport in autonomous cars. The economics of electric vehicles also makes even more sense for trucks than it does for cars. Similarly, although Virtual Reality (VR) will probably go truly mass market via mobile devices, the early market is likely to be dominated by PC-based VR systems. Developers wanting to push forward the latest cloud technologies in the enterprise will find their audiences demand desktop (at least web) clients on the front-end, with mobile currently more of a bonus than an absolute must-have feature in many cases.

Anyone interested in the ongoing survival and health of the desktop platform needs to understand the developers that are building for it and why they do so. Those that want to tempt developers away from the largest ecosystem to exciting new ones also need to understand what motivates those developers. VisionMobile’s latest Desktop Developer Segmentation 2016 report applies our proven segmentation model to the world’s largest developer talent pool. The report is based on data from our 10th edition Developer Economics survey, which ran in October-­November 2015 and reached more than 17,000 desktop developers in over 150 countries, of which over 2,500 answered detailed questions on their desktop development work. We use this data to generate a wealth of insights about desktop developers: What drives them? What else are they working on? What languages, platforms, and tools do they use? What categories of application do they build and how much money do they make?