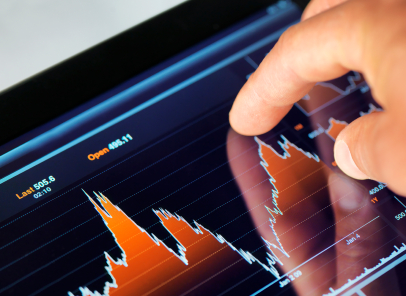 We all know that the radio spectrum is the electromagnetic spectrum which mobile operators use to offer wireless services. It’s interesting to look into the lesser-known economics of the radio spectrum, such as auctions, spectrum allocation and regulation.

In most cases, governments assign the national radio spectrum licenses with one of the following methods:

The philosophy behind the “beauty contest” was to ensure that spectrum would be passed on to the group that would best use it for the public interest. It’s still the system used in a number of countries, including France and Spain. Many governments rely on the “beauty contest” because they want to keep control on the spectrum usage while supporting the investment capabilities of the telecom industry.

Lotteries have been abandoned because of large number of bidding companies and many times the wrong kind of winning companies (companies that do not utilise spectrum in the most appropriate way)
Auctioning has gained popularity because of fairness, transparency, and high government revenues.

Statistics from the ITU-R show that most governments favour the auctioning process when:

The auction method in assigning radio spectrum is considered economically efficient because it maximises the social welfare if it allocates items to bidders who value them the most.

ITU-R create global recommendations on spectrum allocations but it is governments taking the decisions.

High demand of mobile broadband wireless services together with the development of new wireless technologies like DVB-H, 4G and UWB maintain demand for new spectrum.

The impact of new technologies

However, we are in the era where everything tends to be wireless and spectrum availability for deploying new services is very limited. There are many technologies in devices sharing the same spectrum i.e. WiFi and Bluetooth share the 2.4GHz spectrum. Wireless technology coexistence in the same spectrum band will be very common in the future, and it will be interference dictating the performance of these systems. Interference, even though is not an inherent property of spectrum but a property of devices, limits the performance of most current radio systems. In this multi-radio world where a single device might have more than nine different radio technologies, it is heavily mandated to find techniques allocating spectrum in a smarter way. But how is that going to be achieved?

The emergence of cognitive radio

Future radio systems should be able to sense the radio spectrum and adapt their service to the spectrum which is least utilised. This requires the development of smart radios or radios that are defined by software. Spectrum sensing radios or “cognitive radios” that adapt their transmit/receive parameters and access spectrum dynamically will decrease interference and allow wireless coexistence. A step closer to the development of a commercial cognitive radio is Vanu which is pioneering in the area of software defined radios.

Is there an expiry date for radio spectrum regulation?

4G radio systems that might be deployed in the 2015 – 2020 timeframe are probably going to use software cognitive radio technology in order to achieve wireless convergence and coexistence. But, if cognitive radios are going to be used in the future, is there a need for spectrum allocation and auctioning? Is there going to be a “peaceful” coexistence between the radio systems sharing the same spectrum or chaos will emerge in the radio world?

Whatever the future holds, ITU should allow the usage of cognitive radios but apply rules on spectrum usage to avoid a chaotic wireless coexistence that might hinder the development and adoption of future ubiquitous wireless broadband services. 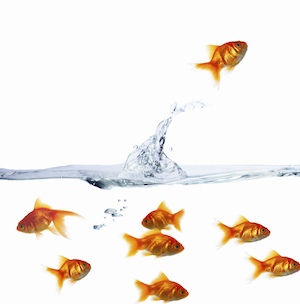 3.5G or HSDPA was developed as an evolution of initial UMTS network to enhance the data throughput and provide a better data usage experience to users. 3GPP is considering another evolution step after HSxPA so-called 3GPP long-term evolution ‘3G LTE’ or as more commonly called 3.9G or ‘Super 3G’.

Deployment timeframe
The main focus of this evolution will be on enhancements for packet-based services over an all-IP core network. 3GPP aims to finalise the development of the standard in July 2007, with subsequent initial operator deployments in the 2009 – 2010 timeframe. Super 3G will be based on 3GPP Release 8 and will be built on already existing investment.

Super 3G aims
The main targets of Super 3G are:

To meet this challenge, a change in 3G radio technology is envisaged that integrates OFDM (Orthogonal Frequency Division Multiplexing) and MIMO (Multiple Input Multiple Output) technology within the current 3G investment. This is called HSOPA or High Speed OFDM Packet Access and was proposed initially by Nortel. HSOPA is considered necessary in order to achieve higher download data rates than 50 Mbps.

Impact on existing infrastructure
Super 3G will provide a smooth technological upgrade, using the existing WCDMA / HSxPA infrastructure, such that operators will not need to build a new network from scratch. However, how is it going to impact the HSxPA network? Is Super 3G a Mobile WiMAX killer?

The only thing that’s certain is that Super 3G will further increase the capacity and hence the throughput of current 3G networks. The transmission network will require serious upgrades to accommodate the increased capacity.

Mobile WiMAX and Super 3G
Mobile WIMAX (IEEE 802.16e) will compete head to head with Super 3G and the comparison between the two will be more fair since both of them share the same technologies e.g. OFDM, Hybrid ARQ, All-IP Architecture, Adaptive Modulation and coding.
The wireless leader will be the one not having necessarily the best radio technology but the best capacity and range of user devices. NTT DoCoMo is so far keeping a distance from Mobile WiMAX. Is that a strategy to protect their FOMA investment? It probably is. DoCoMo is pushing hard Super 3G as the main 3GPP standard for mobile broadband before the advent of 4G systems. On the other hand, Intel is aggressively promoting Mobile WiMAX and is starting integrating their Rosedale 2 chipset in some OEM laptops.

Time will show which technology will dominate at the end and how “Super” Super 3G is going to pan out.