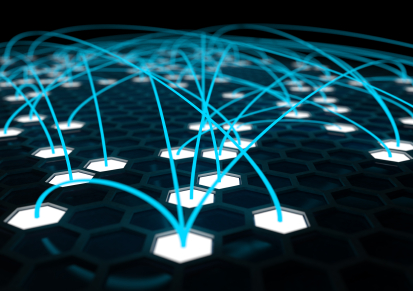 The mobile browser business has been dealt with a swift blow within the space of a week: Teleca announced that it halts investments into renewal of Obigo product , while Openwave is up for sale and is failing at licensing its v7 browser to handset manufacturers. The winner? Open-source browser derivatives based on Web Kit (adapted by Apple and Nokia), which should show up on handsets from the likes of Sony Ericsson within 2007.

Browsers beset with challenges
Cumulatively, the Openwave and Obigo browser families have to date claimed over 70% of the mobile browser market, with Access browser claiming another 20% of the market. Considering that the mobile industry sees one billion phones ship per year, this is a lot of browsers. Yet, these products have been facing multiple challenges:
– mobile handset middleware commands extremely low prices these days; the lower down the software stack you go, the lower the per-device licensing fees. For example, a single ringtone can command a retail price of $3, the same per-device pricing as the Symbian operating system. Browsers and Java virtual machines can only command perhaps one hundredth of that.
– Mobile browsers continue to be inherently complex software. Browsers that render street HTML (i.e. malformed web pages, which are pretty common on the Internet) are notoriously difficult to develop and maintain. Yet software for interpreting and rendering web (HTML) pages is becoming decisively commoditised.
– The innovation and value-add in mobile browsers lies in add-on features such as zoom and intelligent navigation – for example see Microsoft s Deepfish concept browser and the specs of Nokia s S60 open source-based browser.
– There are several open source alternatives to commercial browsers, first and foremost the S60 WebKit, which replaces Nokia s previous closed source efforts and is embedded on all S60 3rd edition handsets.

What went wrong with the browser business ?
Openwave, Obigo and Acces, the three main mobile browser vendors, had in the last two years tried to reposition their browsers as application environments, but with limited success.

Openwave has been the market-leading vendor for mobile browsers with over one billion deployments claimed to date, on handsets from BenQ Siemens, Sanyo, Sharp, Sagem, Motorola, LG, and TCL Alcatel. Openwave was the first and most vocal vendor to reposition its browser product into an application environment. In April 2006 the company announced MIDAS, a software platform combining a rendering (ECMAscript) engine with underlying browser and messaging components to deliver customizable applications to mobile operators.

What went wrong ? While Openwave was banking on the purchasing power of mobile operators to demand inclusion of its browser by manufacturers, it chose to sideline its real customers, the handset manufacturers at its own peril. Handset OEMs who previously were disinfatuated with Openwave due to the lack of flexibility in Openwave s bundled browser and messaging components were disincentivised to upgrade to Openwave s v7 browser framework (codenamed Mercury), the basis for MIDAS.

Openwave s strategy led to a welcome response from mobile operators; KDDI endorsed Openwave s Mercury browser for its EZweb services in October 2006, while O2 trialled MIDAS as the basis for a unified messaging client in mid 2006. However, MIDAS saw poor reception from the all-important handset OEMs, with only 5 out of 288 phone models embedding the Openwave v7 browser according to Openwave’s website (last updated in September 2006). This is a disappointing track record considering that v7 was announced in February 2003 from the world s leading mobile browser company.

With the MIDAS platform strategy failing, Openwave repositioned its portfolio into a product strategy, with 13 product announcements at the recent 3GSM conference in Barcelona. The announcements of the Openwave Mobile Widget, MediaCast and the Openwave Personalization and Profiling System are characteristic of the company s turn towards content delivery services. However, this turn came too late; with OpenWave’s NASDAQ-listed stocks having fallen 50% in the past 12 months, the CEO resigned in late March and the company announced it was putting itself up for sale. For a publically traded company employing 1,300 people across 26 countries, this a major shake-up. Even more so, if you consider that Openwave s decline is a far cry from the year 2000 when the company co-founded the WAP Forum and was instrumental in drafting the WAP specification which spawned the mobile browser business.

Openwave’s fortunes bare a similar fate to Obigo. In early April, Teleca announced that it would not be making further investments into the renewal of its Obigo software suite. Obigo includes not only a browser but a media player (SVG, video, audio), messaging (SMS, MMS, EMS, email), content manager, download manager and digital rights management. According to the company, Obigo software has shipped on more than 400 handset models and more than 300 million mobile phones as of July 2006, from manufacturers including BenQ Siemens, Panasonic, Pantech, Samsung, SonyEricsson and Toshiba.

Teleca said that the source code associated with Obigo would be opened up to customers “in order to drive the change from a product to a services model.”, according to CBR Online. More than 200 Teleca staff making up the Obigo product unit in Malm and Lund, have been offered voluntary transfer to Sony Ericsson.

The Winner: Open Source
The demise of the mobile browser business marks concurrently the first sign of the disruptive power of collaborative software development models based on open source.

The most vocal advocate of open source browsers has been Nokia. The Finnish OEM had in the past been developing a proprietary browser for S60. However, with the cost of street HTML browser development rising, Nokia tried three options:
– licensing Opera s web browser for its S60-based devices
– investing in the Minimo project, a Mozilla browser branch optimised for mobile devices (which turned out to be too resource-hungry and was abandoned)
– re-developing its own S60 browser based on the the WebCore and JavaScriptCore components from on Apple s Safari browser (which in turn have been based on KDE’s Konqueror open source browser project).

In early 2006 Nokia steered towards the third option and announced the S60WebKit, the engine for Nokia s new S60 web browser, which today ships on all S60 3rd edition handsets. The S60WebKit browser offers advanced features such as mouse-based navigation, page miniatures , visual browser history and AJAX support. Furthermore, Nokia s browser additions are available under the permissive BSD open source license, which allows third parties to use these components for either open or closed source project with very few limitations.

What next ?
The discontinuation of Obigo and the financial troubles of Openwave should see Nokia s WebKit become adopted by other tier-1 OEMs such as SonyEricsson, who should acquire much of Obigo s browser know-how. The browser business should gradually shift into a professional services model, i.e. optimising and developing value-added features on top of an open source browser core, with Teleca best-placed to capitalise on this trend. I doubt that Access and Opera will be able to sustain their licensing agreements at current levels, given the popularity of low-cost open-source-based alternatives.

At the same time, this may be a lesson for the PC industry, too; had Internet Explorer not been bundled within Windows and offered to PC OEMs for free, it would no doubt have been sidestepped by Firefox.

Comments, as always, are welcome.