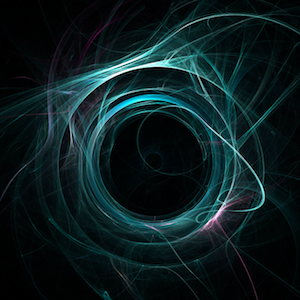 I ‘ve written before about on-device portals (ODPs) – it’s essentially device software that delivers offline browsing, storefront and homescreen replacement functionality. Whereas before it was a space to watch, ODP is now an adopted industry term and a vibrant market that’s here to stay.

Quick round up of the market
The ODP market was first analysed in a January 2006 ARCchart research paper which also coined the term – as the lead author of that report, I have since been watching the space closely.

Nokia, Airmedia, mPortal, Everypoint, Volantis and Picsel are vendors that have popped onto the ODP radar in the recent months.

Nokia Content Discoverer
In June 2006, Nokia announced the Content Discoverer (NCD) on-device portal solution, as the evolution of, and successor to, Nokia’s Preminet. Content Discoverer is currently embedded in millions of Nokia devices based on S60 and Series 40, including the Nseries multimedia devices, Eseries devices for enterprise users, Nokia 3250 and 6131 devices, and to-be-embedded on six more handsets by end 2006.

mPortal is an MVNO-focused ODP vendor that is targeting the US market and counts Disney and ESPN among its customers – another unique positioning among ODP vendors. Interestingly, according to an investor report, mPortal is looking towards MVNEs, chipset manufacturers, and device manufacturers as potential acquirers.

Everypoint is an ODP vendor that specialises in the delivery of real-time sports content onto mobile devices. Everypoint developed Yahoo’s Mobile Matchcast application, an ODP application with sports content for the World Cup in Germany. MatchCast is a MIDP2 application available as a free download in 12 countries and 7 languages. Check out the screenshots here.

Volantis is a vendor of mobile content delivery platforms that recently launched two ODP products (Content Storefront and Content Player). Picsel is a Glasgow-based company that is planning to spin off its office document viewer into an ODP product for magazine publishers. Essentially, this is another uniquely positioning ODP product, targetting magazine publishers and addressing ease of use for publishers. Picsel claims they ‘ll have the solution live by the end of summer 2006. Finally, InFusio’s nMap is a repackaged Geniem Superstore ODP product which will feature on the ELLE Glamphone uniquely customised handsets in 4Q06.

Deals and partnerships
Quick update on the deals that I have come across in the last few months in the ODP market:

Yahoo’s big bet: beyond the browser
The market of on-device portals is certain to grow aggressively. This is not only forecasted by ARCchart and indicated by Nokia’s Content Discovery deployment plans, but also hinted by Yahoo at their presentation at their Analyst Day in May. One of Yahoo’s big bets for the next 5 years is titled ‘beyond the browser’ – they see their Yahoo! Go product providing a range of features including integrated mail, integrated contacts, calendar, messenger, photos, search, news and information. This is ODP on steroids.

Trends in the ODP market
So where is the ODP market heading? There are several clear trends. Firstly,ODP products will morph into on-device search portals, as ordinary content portals are disintermediated by search engines. Secondl ODPs will extend into an Electronic Service Guide for all mobile media, incl. TV, irrespective of format. This is where Streamezzo is taking their client and O2 UK certainly seems to agree, based on their presentation at the World Handset Forum in May.

I have little doubt that ODPs will be featuring on every high-end handset (and several mid-end handsets) by the end of 2007.