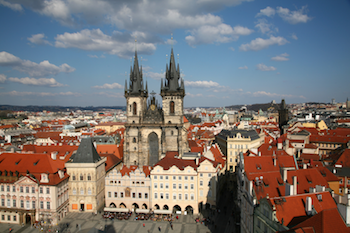 SIM cards, the tiny chips that authenticate the subscriber to the network, are a market of 2 billion unit sales per year. A market which is threatened by commoditisation with prices declining by 30-40% year-on-year. And perhaps surprisingly, a market where technology and politics are in continual turmoil.

This past week, two identical conferences on the subject of SIM cards revealed the uncertainty that divides the SIM industry during the last 10 years. SIM technology has followed the same path; one where industry participants are divided over standards, control points and overhyped technologies. But with SIM card economics in a dire state, the industry needs alignment, not controversy.

SIMpolitics
Prague or Berlin ? In the past month, this was the question in the mind of most vendors forming part of the SIM industry. Prague was the location for Informa s SIM Summit, which took place on 24-26 April. Berlin was the location for SIM Alliance s SIMposium, which took place on 24-25 April. Two conferences on identical subjects in different countries, allegedly due to differences of opinion between Informa, the incumbent telecoms conference organiser and the alliance of SIM card OEMs. Dan Balaban of Card Technology Magazine has a detailed write-up of the conference politics at play.

The result ? The Prague-Berlin flight route was unusually busy and most companies had to send delegates to both conferences (except for the major SIM card manufacturers who did not attend Informa s event). I attended the SIM Summit, where I chaired two days of the event, and most delegates I spoke to had correspondants on the other conference, not to miss out on any of the important developments. This unfortunate nature of affairs will undoubtedly be remembered as the schism of the SIM industry, one which I would hope is quickly sewn up. The SIM industry, already suffering from rapidly declining profit margins and lack of technological evolution does not need more turf fitting.

The divide over conferences this past week is only the tip of the iceberg; technological evolution in the SIM industry has also been hampered by a long-term power struggle.

The power struggle behind SIM technology
Since the inception of digital mobile telephony, SIMs have been used as a physical token that authenticates the subscriber to the mobile network. The SIM toolkit interface was adopted in 1997 as a standard technology for allowing the SIM to interact with the handset, store contacts in the SIM, present a menu of operator services to the user, and show low-fi text and image popups to the users. A number of technology innovations followed, such as a Javacard application environment, secure SIM storage, more memory (up to 128KB) for storing more contacts, the BIP protocol for SIM communication over TCP/IP channels (GPRS/3G) and the JSR177 protocol for communication between handset Java apps and SIM Javacard apps.

This might sound like a lot of technology, and one which opens the door to a range of usage scenarios and value-added applications. It is. The SIM has enabled many innovative applications to date such as m-banking introduced by T-Mobile Czech Republic in 1998, automatic device detection as used by ONE Austria, SIM contacts backup on the network a launched by SFR France, and text promotions as exemplified by Celltick s LiveScreen Media solution.

So where s the catch ? The problem is that SIM technologies must be implemented by both the SIM vendors and the handset manufacturer in an interoperable fashion.

Mis-alignment of incentives
Here lies the problem that s been plaguing the SIM industry since the beginning of the decade: the mis-alignment of incentives between SIM card OEMs and handset manufacturers. On one hand, SIM manufacturers have been keen to promote the technological evolution of their SIM cards (and therefore the price tag). On the other hand handset manufacturer have always been wary of the establishment of the SIM card as a control point of value-added services delivered on the handset. As a result, despite operator pressure in favour of SIM standards, handset OEMs have been producing handsets with poor or inconsistent implementations of the SIM toolkit, and the other SIM technologies. This power struggle has been particularly evident to operators and has nurtured the demand for SIM test houses.

This state of affairs was not aided by mobile network operators, even though MNOs would be primary beneficiaries of the SIM s evolution in the technology value chain. The reason is primarily down to organisational psychology. Tier-1 network operators are large, high-inertia and risk averse organisations with a poor track record for commercialising innovations. GSM operators lacked the vision and leadership to invest in new SIM technology, or even publically declare their support for particular SIM technologies. This led to a standstill in terms of the evolution of the role of the SIM.

Reviving SIM card technology
Consequently up, until 2006 SIM technology seemed stale in comparison to handset technology; 128KB SIM storage compared to several GB of handset storage. 10s of kbits/s for SIM-network communications vs 1000s of kbits/s for handset-network communication. 5MHz SIM smartcard processors vs 200MHz handset processors.Text-only interface for SIM applications vs Flash-like interface for handset applications. This was of particular concern to SIM card OEMs who were keen to upsell the value of the SIM card.

The inflexion point came in 2006. SIM card OEMs, faced with declining profit margins pulled together to increase the valuation of the SIM card with a technology breakthrough. In February 2006, virtually all major vendors announced a next-generation SIM card product including Gemplus with .SIM, Axalto with U2 SIM, Oberthur with its GIGantIC card, Giesecke & Devrient with GalaxSIM and Sagem Orga with SIMply XXL.

All next-generation SIM cards featured up to 512MB of storage (thanks to replacing NOR with higher-density NAND memory) and high-speed protocols. This evolution would allow a number of promising scenarions, such as storage of multimedia files, DRM tokens and encrypted corporate files, and distribution of operator-customised handset applications through the SIM. Informa’s white paper on High Capacity SIM cards which I wrote last year, provides an extensive analysis of the commercial status of next-generation SIM cards.

This was all too good on paper, but again a technology evolution that had to be supported by handset manufacturers. Repeating history, network operators, with the exception of Orange, did not show leadership or invest in this evolution.

The ETSI organisation was where the discussion of the standardisation of this high-speed protocol between SIMs and handsets took place. Following a multitude of candidate proposals, patent disputes, continual controversies and uncertainty, the participants agreed to standardise on one protocol; the USB.

Two years had passed before this consensus was reached in November 2006, but the worst was yet to come. The choice of USB protocol meant that a significant rengineering effort of the part of handset OEMs (Orange had convinced 5 OEMs in 2006 to implement the MMC protocol, but the choice of USB meant that the momentum was stalled). Coupled with the continuing widespread lack of operator support, most industry observers concede that compliant handsets will not be appearing in the market before 2009, at least in any sufficient volume.

So what does this means for the SIM industry ? Faced with declining sales, SIM card OEMs went back to the drawing board. The 3GSM 2007 congress saw two new efforts to revive the value of the SIM card: the use of the BIP protocol to deliver new applications and the use of the SIM within NFC technologies for contactless transaction applications.

At 3GSM this year, marketing around high capacity SIM cards was significantly toned down. Instead, Gemalto (the largest SIM OEM) introduced its line of multimedia-ready SIMs, essentially cards using the same memory capacity, but supporting the BIP (bearer independent protocol), which forms part of the ETSI 11.14 standard. The BIP protocol comes in two flavours:

– The BIP client protocol allows the SIM to communicate with the network over 2.5G and 3G data channels, which allows for SIM-resident data to be updated at significantly higher speeds than previously possible. The BIP client protocol is widely implemented (all top-5 OEMs except Samsung support it), but it is a point-to-point protocol (unlike cell broadcast), which cannot be used for mass updates.

– The BIP server protocol allows handset applications to communicate with the SIM and access objects stored in the SIM file-system directly. Unfortunately, the BIP server protocol has seen (unsurprisingly) poor support from the part of handset OEMs, with the exception of Sagem, Vitelcom and HTC. The BIP server implementation allows a handset application to load files from the SIM card and enable handset personalisation on SIM insertion (as demonstrated by Abaxia at this year s 3GSM). On-SIM portals can also be realised in this fashion. However the BIP server protocol is not bidirectional and therefore cannot support scenarios where an application stored in the SIM card is auto-installed onto the handset operating system.

NFC (near field communications) is a wireless standard launched by NXP (formerly called Philips Semiconductors) and Sony in 2002. There are already several commercial pilots of NFC-enabled handsets around the world and ABI research predicts that around 20% of handsets in 2012 will ship with NFC capabilities. NFC technology can be used to make payments, unlock doors and download content, by simply waving the handset in front of the reader.

Clearly, establishing a role within NFC-based applications means big money for mobile operators and SIM card vendors. The GSMA (association of 700+ operators globally) recently mandated the use of the single wire protocol (SWP) for linking the SIM card to the NFC circuitry within the phone. However, there is no agreed technical framework for determining the role of the SIM in NFC applications. At the same time there are far too many players claiming a piece of the lucrative pie of contactless payments, namely card issuers, contactless ticketing providers, mobile operators, handset manufacturers and SIM card OEMs.

Undoubtedly, the NFC-related hype that surrounds the SIM industry has a long way to go, given that it will take another five years for NFC-enabled handsets to reach critical mass. Perhaps it s wiser to reflect on the many uses that the SIM can be put to, utilising not tomorrow s, but today s technology, such as T-Mobile s use of the SIM for m-banking applications supported by 80% of banks in the Czech Republic.

But not for an industry whose survival depends on demand-creation for next-generation technologies.