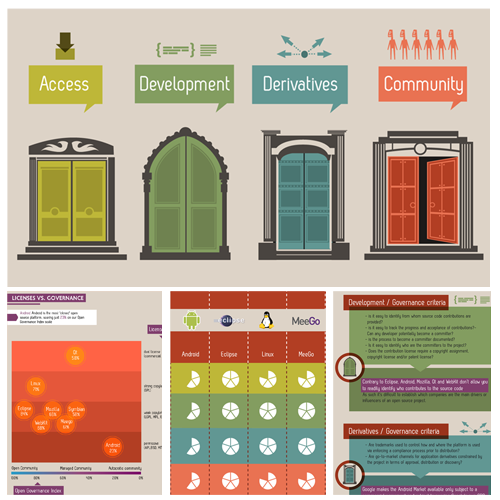 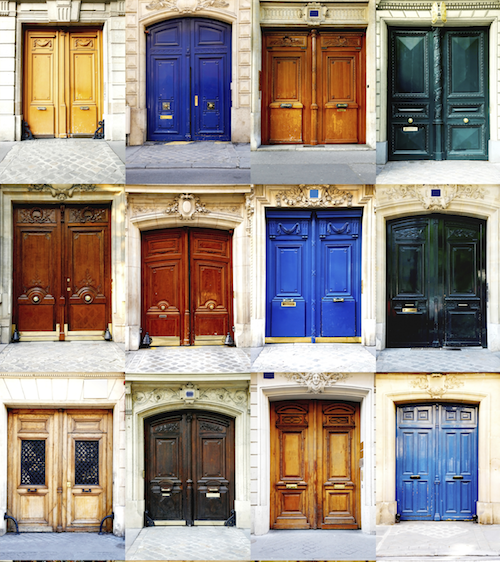 [Much has been said about open source projects – and open source platforms are now powering an ever-increasing share of the mobile market. But what is “open” and how can you measure openness? As part of our new research report (free download), VisionMobile Research Partner Liz Laffan introduces the Open Governance Index – a new approach to measuring the “openness” of software projects, from Android to WebKit]

Update: We have been amazed by the amount of interest to our Open Governance Index (OGI) report that we published just over two weeks ago. Our report was covered in mainstream media across Wired, ZDnet, PCPro, Gizmodo, ARS Technica, BGR, Zeit Online and ReadWrite Mobile. Our intention was to start a debate around â€˜what’ openness is, â€˜how’ it can be measured and â€˜why’ it is important – and we certainly got the ball rolling! 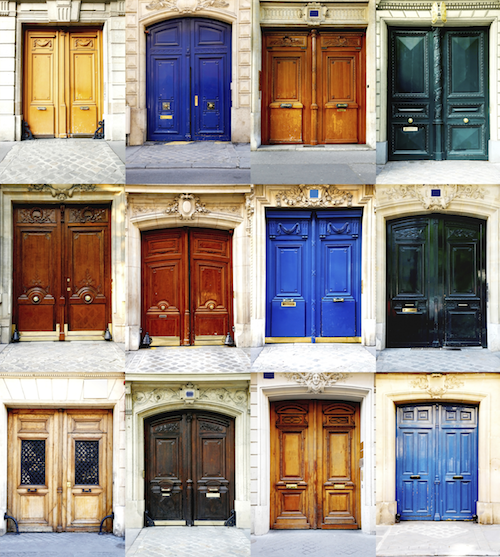 We at VisionMobile have been researching, investigating and helping to educate the industry about open source for the past five years.  In this time open source software has been transformed from geekware to business as usual. Much has been written and debated regarding open source licenses – from the early days of the GPL license to the modern days of the Android platform.

Despite the widespread use of open source, from Android to WebKit, there is one very important aspect that has been neglected: openness and how to measure it.

Openness goes far beyond the open source license terms and into what is termed Governance. While licenses determine the rights to use, copy and modify, governance determines the right to gain visibility, to influence and to create derivatives of a project, whether in the form of spin-offs, applications or devices. And while licenses apply to the source code, governance applies to the project or platform.  More importantly, the governance model describes the control points used in an open source project like Android, Qt or WebKit, and is a key determinant in the success or failure of a platform. 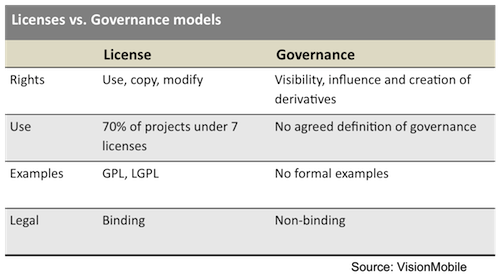 The governance model used by an open source project encapsulates all the hard questions. Who decides on the project roadmap? How transparent are the decision-making processes? Can anyone follow the discussions and meetings taking place in the community? Can anyone create derivatives based on the project? What compliance requirements are there for creating derivative spin-offs, applications or devices, and how are these requirements enforced?  It is governance that determines who has influence and control over the project or platform – beyond what is legally required in the open source license.

In today’s world of commercially-led mobile open source projects, it is not enough to understand the open source license used by a project. It is the governance model that makes the difference between an “open” and a “closed” project.

Our research (free copy of full report here) showcases eight mobile open source projects: Android, MeeGo, Linux, Qt, WebKit, Mozilla, Eclipse and Symbian.  We selected these projects based on breadth of coverage; we picked both successful (Android) and unsuccessful projects (Symbian); both single-sponsor (Qt) and multi-sponsor projects (Eclipse); and both projects based on meritocracy (Linux) and membership status (Eclipse).

All of these are open source projects, whether platforms (Android, MeeGo, Qt, Symbian) or engines (Linux kernel, WebKit) or multi-project initiatives with a single, uniform governance. We appreciate that these projects are unique in many ways but they are all ultimately open source projects and to that extent our governance measures can be applied to them all equally. For example all of these projects have decision-making groups and processes that are directly comparable. In the Open Governance Index we attempted to document who these decision-makers are, how they operate, what processes are used to determine project decisions and how easily is to influence these project decisions.

Our research, carried out over a six-month period, included analysis of these popular open source projects, through discussions with community leaders, project representatives, academics and open source scholars. This research was partially funded by webinos, an EU-funded project under the EU FP7 programme, aiming to deliver a platform for web applications across mobile, PC, home media (TV) and in-car devices.

We quantified governance by introducing the Open Governance Index, a measure of open source project “openness”. The Index comprises thirteen metrics across the four areas of governance:

1. Access: availability of the latest source code, developer support mechanisms, public roadmap, and transparency of decision-making
2. Development: the ability of developers to influence the content and direction of the project
3. Derivatives: the ability for developers to create and distribute derivatives of the source code in the form of spin-off projects, handsets or applications.
4. Community: a community structure that does not discriminate between developers 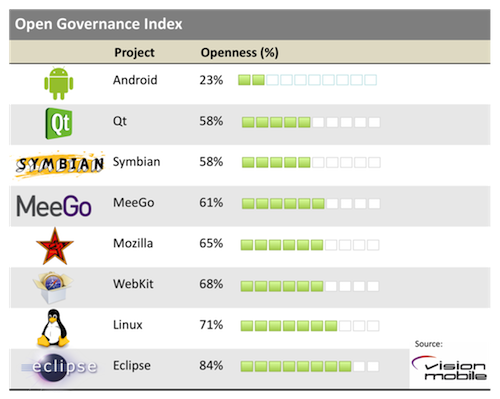 But what is it that makes an open source project successful? Why do some projects become an immediate success, while others barely get off the ground before crashing and burning? We know that just like commercial ventures, open source projects have different cultures and drivers – but we do believe that you should be able to measure the way that open source projects interact with the community of users and contributors that they build up around themselves.

Our research suggests that platforms that are most open will be most successful in the long-term. Eclipse, Linux, WebKit and Mozilla each testify to this.  In terms of openness, Eclipse is by far the most open platform across access, development, derivatives and community attributes of governance.  It is closely followed by Linux and WebKit, and then Mozilla, MeeGo, Symbian and Qt. Seven of the eight platforms reviewed fell within 30 percentage points of each other in the Open Governance Index.

Moreover, our research identified certain attributes that successful open source projects have.  These attributes are timely access to source code, strong developer tools, process transparency, accessibility to contributing code, and accessibility to becoming a committer.  Equal and fair treatment of developers – “meritocracy” – has become the norm, and is expected by developers with regard to their involvement in open source projects.

We found Android to be the most “closed” open source project. In the Open Governance Index, Android scores low with regard to timely access to source code in that the platform does not provide source code to all developers at the same time; it clearly prioritises access to specific developer groups or organisations and has acknowledged this with the delayed release of Honeycomb. Additionally Android scores low with regard to access to developer support mechanisms, publicly available roadmap, transparent decision-making processes, transparency of code contributions process, accessibility to become a committer (in that external parties cannot â€˜commit’ code to the project) and constraints regarding go-to-market channels.

Android ranks as the most closed project, with an Open Governance Index of 23%, yet at the same time is one of the most successful projects in the history of open source. Is Android proof that open governance is not needed to warrant success in an open source project?

Android’s success may have little to do with the open source licensing of its public codebase. Android would not have risen to its current ubiquity were it not for Google’s financial muscle and famed engineering team. More importantly, Google has made Android available at zero cost, since Google’s core business is not software or search, but driving eyeballs to ads. As is now well understood, Google’s strategy has been to subsidise Android such that it can deliver cheap handsets and low-cost wireless Internet access in order to drive more eyeballs to Google’s ad inventory.

Equally importantly, Android would not have risen were it not for the billions of dollars that OEMs and network operators poured into Android in order to compete with Apple’s iconic devices. As Stephen Elop, Nokia’s CEO, said in June,2011, “Apple created the conditions necessary for Android”.

Moreover, our findings suggest that Android would be successful regardless of whether it is an open source project or not, to the extent that the vast majority of developers working on the project (the platform itself) are actually Google employees.

Having published the report, we aim to continue the discussion on governance, to refine our criteria even further and to make the OGI measure as meaningful as possible for the open source community. One of the first suggestions has been with regard to having a time dimension to the criteria i.e. does openness change over time. Mature open source projects such as Eclipse, Linux and WebKit that have stood the test of time, score quite highly with regard to openness of governance. But this has not always been the case. For example consider the following. Apple forked KHTML to create WebKit in the early 2000’s, releasing the first WebKit open source project in 2005 but with reviewer and commit rights restricted to Apple personnel only which effectively sidelined the KDE community. In 2007 however Apple reversed this decision allowing allow non-Apple developers to have full commit access to the WebKit source code version control system. This shows that openness can and does change over the project lifecycle.

Our vision for the Open Governance Index is to for it to be a robust, and as much as is possible, an objective measure of Governance for open source projects. We believe that this is necessary such that users and contributors to open source projects, including commercial entities, understand the means by which they can, or cannot, influence the direction and content of the project.

Download the full report for an in-depth analysis of the openness of Android, MeeGo, Linux, Qt, WebKit, Mozilla, Eclipse and Symbian. Drop us a line and tell us what you think.

We awarded a higher score to those licenses that are permissive and not copyleft licenses. Firstly it should be noted that all the licenses used by the eight mobile open source projects are Open Source Initiative (OSI) approved and meet the Open Source Initiative Definition, which provides for free redistribution of source code, access to source code and ability to create derived works amongst other requirements. We believe that the OSI is the appropriate arbiter of the appropriate Open Source License definition and all of the licenses used by the open source projects researched in this report meet this definition of being â€˜open’.

However we also believe that from a commercial viewpoint there is still some concern about using code that is under a copyleft license – our experience of working with mobile software development organisations confirms this. Our findings suggest that organisations will be more comfortable using permissive licenses which do not mandate copyleft requirements and we reflect this in our criteria and scoring. We are happy to continue debating these findings further with the community. For example it has been suggested that the problem here is not with copyleft licenses but with the business model used by those organisations. Be that as it may, our experience is that this concern is still a valid one being expressed by many organisations, especially in the mobile device domain.

[Liz Laffan is a Research Partner at VisionMobile. Liz has been working in the telecoms and mobile industry for over 20 years, with large telco organisations, start-up technology ventures, software development and licensing firms.  Liz’s interests lie in open source software governance and licensing and in particular how best can commercial organisations interact with open source projects.  She can be reached at liz [at] visionmobile.com]