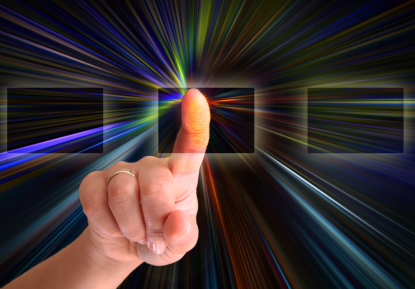 The mobile device market is being filled with more and more styles, shapes and designs of handsets, with both mobile phone supply and demand aligning in the direction of increasing handset diversity. Firstly, on the demand side, Western consumers are getting more personal with their handsets and individuals have an increasing desire to distinguish themselves from the crowd. As a result, consumers are looking for fashion and style on a handset more so than the brand name.

In terms of supply, there is plenty of push for a diversity of handset styles, shapes and designs. In the last year, manufacturers have released devices with emphasis on sleek plastics (e.g. Moto’s RAZR), fashionable styling (e.g. Nokia’s fashion range) and appliance-specific functionality (e.g. the Sony Ericsson Walkman range). The motivation is to distinguish their handsets from the crowd and target more specific customer segments. Operators such as Vodafone and Orange are keen to customise handsets, and everyone (including Nokia) is willing to co-brand. Fashion and lifestyle brands have, for some time, been trying to enter in the mobile device space (just look at Escada, Elle and Ferrari). MVNOs are also keen to serve an integrated package comprising of not just voice and services, but also a customised handset to match their brand and target segment – just take a look at ESPN’s Sanyo MVP handset.

With supply and demand in perfect alignment, a new type of company is coming to provide the missing link: the Customised Design Manufacturer. CDMs buy from manufacturers, customise the handsets, and resell to operators and retailers. Their unique selling point is their supply chain efficiency, in being able to buy large volumes and provide smaller handset volumes to tailored needs. CDMs combine sales and marketing, logistics, customisation (branding, localisation and configuration), support and warranty. Today’s notable CDMs are i-mate, Qtek (both sourcing from the Taiwanese manufacturer HTC) and Emblaze Mobile (sourcing from Innostream). O2 is also functioning as a CDM in Asian markets. So how’re the revenues looking like? Well, I’ve seen the same HTC models ranging widely in pricing: for example, Qtek’s 8010 sold for EUR399 + VAT in Greece, while the same phone branded Orange (the C500) sold for as low as GBP120 in the UK. Most of the difference makes up the profit margin for Qtek.

CDMs began life as an interface to small, white-label manufacturers, but I believe they will move to serve Tier 2, perhaps even Tier 1 manufacturers in the next two years (my insight tells me Motorola is a good candidate here). The reason is simple: all major manufacturers have been organisationally structured on the principle of selling a few, mass-market phones. Moving into many, low-volume variants require a complete re-organisation, which, due to corporate friction is unlikely to happen soon. In addition, there are Far East contract manufacturers and ODMs, who are already responsible for a third of worldwide handset production according to Informa figures, yet have lacked the direct channels and brand awareness to make it directly into Western markets. CDMs are just the ticket: they are the gearbox that allows the engine to move the car at many different speeds. They are the system integrator that takes a software bundle and tailors it to the customer.

As CDM and operator customisation becomes more sophisticated, device customisation houses are going to become their right arm. Companies like K-Lab, Gemini and Mobile Innovation (now part of Adobe) can provide sophisticated integration and software tailoring services, for both proprietary and Open OS handsets. This is a perfect synergy, with the customisation houses providing the service and the CDM providing the sales and support. Design houses like Ocean Observations, IDEO, Purple labs, Frog design, Fuseproject and Leading Edge Design are going to be involved at tailoring the device plastics to refreshing and differentiating designs.

Naturally, device software will play a key role here. It has been Microsoft’s business model from the outset to use white-label ODMs and contract manufacturers to produce the goods, while operators provide the channel and brand. In a sense, it was Microsoft that opened the world to the possibilities of handset customisation. It hasn’t been so much the built-in software flexibility (Windows Mobile is a poor cousin to Windows CE in this respect) – it’s been the business model from the outset.

So, what’s the road ahead looking like? My prediction is that the CDM business is going to be booming in 2 years time. All we need now is cheap, white-label Symbian phones and more innovative Windows-powered phone designs.